My chosen book for Face a Book Challenge is The Blue Umbrella by Ruskin Bond, an Indian Author of British descent. The Blue Umbrella is a bitter sweet story, of a girl, a village and a beautiful silk umbrella.

This is a story about how a young girl Binya falls in love with a blue umbrella, owned by, a tourist from Japan. She exchanges her lucky leopard’s claw pendant and procures the umbrella. Her new acquisition enthrals everyone in the village particularly the old shopkeeper, Ram Bharosa, who becomes obsessed with owning it.

Overcome by envy, the shopkeeper tries to buy the umbrella, but in vain. Thereafter he attempts to steal the umbrella from the little girl. The news of Ram Bharosa’s pilferage attempt, leaks and spreads. The villagers start hating Ram for his acts and stop buying from his shop and Ram falls into great misery. Ram then begins to repent his actions. Seeing the plight of Ram, Binya decides to donate the umbrella to him. In return he presents Binya, a bear-claw pendent considered, even luckier, than her leopard-claw pendent.

In a heart-warmingly funny way, the story exposes how selfishness and materialism are harmful to society. It also shows the benefits of friendship and generosity through Binya and Ram Bharosa

The author weaves magic with words. The writing style is wonderful and so completing the book kept me hooked till the end.

‘And Then There Were None’ is a mystery novel by the English writer Agatha Christie. It was first published in the United Kingdom by the Collins Crime Club on 6 November 1939, as Ten Little Soldiers, after the children’s counting rhyme and minstrel song, which serves as a major element of the plot. The book is the world’s best-selling mystery, and with over 100 million copies sold is one of the best-selling books of all time. Publications International lists the novel as the sixth best-selling title.

Agatha Christie was the best-selling mystery writer of all time. She wrote ninety-three books and seventeen plays, including the longest-running play of modern-day theater, The Mousetrap. She is the only mystery writer to have created two important detectives as characters, Hercule Poirot and Miss Marple.

The story revolves around the eight people, who arrived on a small, isolated island off the Devon coast, having received an unexpected personal invitation. They meet the butler and the cook-housekeeper, a couple, Thomas and Ethel Rogers who explain that the hosts, Mr. and Mrs. Owens haven’t reached yet, but have left instructions.

A framed copy of the old rhyme “Ten Little Soldiers” and on the dining room table sits 10 figurines. After the supper, a record is played which accuses each visitor and the Roberts of having committed murder then asks if they want to offer a defense. Everyone becomes suspicious of the other and soon, the first murder occurs.

The guests also discover that none of them knows the Owens, and Mr. Justice Wargrave suggests that the name “U N Owen” is a play on “Unknown.” Marston finishes his drink and promptly dies of cyanide poisoning. Dr. Armstrong confirms that there was no cyanide in the other drinks and suggests that Marston must have dosed himself.

As other murders follow, the story delves deep into the mystery and I bet no one could guess who the murderer is until you reach the end of the story. The mystery is crafted very well and leaves the readers astounded. This book starts hurdling into the mystery at a fast pace and never lets up. The plot is quick and intense and any reader who loves a crime thrilling novel would make this book their favorite.

Illustrated and written by one of my favorite authors, Oliver Jeffers, this graphic novel charms us right from the start. The deceptively simple drawings capture an eager father’s advice to his newborn baby on living on this planet. It addresses topics that many parents/adults dread
talking about, and at the same time, mentions things that are not explored as much in our lives. In the author’s words, the notes in this book can be your guide and start you on your journey.

One impediment to getting your hands on this book can be the thought that a children’s book can never impact an adult’s life, but this book manages to touch everyone’s lives – irrespective of age and gender.

This book is a treasure for anyone who reads it. And to top it off, you can even find the 36-minute film based on this book on AppleTV. Trust me; you’ll be mesmerized.

There is a serial killer on the loose. He kills a person randomly by alphabetic order and leaves an ABC railway Guide besides each victim. The Killer sends Hercule Poirot Letters on challenging him to find him and says the place and date of the killing he decides. He starts it with Alice Asher in Androver and goes on. But if A is for Alice then there will be twenty-five murders to be done alphabetically. This book takes us through a thrilling, mysterious crime scene story which takes us to the greatest serial killing story by Agathe Christie. Read and Find out who the next victim will be? How many more murders there will be? Will Hercule be successful in this hardest crime puzzle?

Girl in White Cotton is the debut novel by Avni Doshi, an American author of Indian origin, who traces back to her roots in her work to remind the readers of a bygone life shared together. Set in Pune, India Girl in White Cotton is a tale of a mother-daughter relationship that takes a sharp turn away from the pureness and the unconditional love one often associates with mothers and daughters.

The opening line of the book, “I would be lying if I said my mother’s misery has never given me pleasure.” in the first-person narrative by the protagonist Antara starts off the spine-chilling account of memory and fears and how they traverse through generations.

The story begins with Antara becoming a reluctant caretaker for her mother, Tara when the latter begins to lose her memory. Antara dives into deep research for finding a remedy, not to merely cure her mother’s disease, but to prevent her gradual slip into oblivion. Because that would mean Tara would be free of all the trauma and pain their shared memories wield over the mother and daughter. Antara is unsure of how to care for her mother, as life never gave her a model to follow. Her hesitancy to help, and seek help has its roots in the strained relationship she and her mother share. Yet, it remains the only long-lasting relationship she manages to maintain as a constant in her life.

Tara losing her memory is a victory over her daughter, according to the daughter herself, because she is receiving a painless forgiveness, forcibly taken– an easy release from her sins that caused pain and suffering to Antara.

Other characters take the backstage throughout the entirety of the novel as simply, there’s no space for anyone else in the hate-hate story of the mother and her daughter.

Tara’s voice is not directly heard in the novel, however, it is clear that she never intended for her daughter to grow up the way she did. This is reflected in the fact that she names her daughter An-tara, meaning, the opposite of Tara.

As the story progresses, Tara’s memory loss leads to Anthra having to explore suppressed events from their shared past in attempts to make her mother remember the neglect and cruelties that she inflicted on her daughter, however unknowingly.

In the process, Antara is forced to revisit a life she never lived but experienced second-hand. While seeking to spark memories from their past, Antara ends up reliving her mother’s life– the one of a rebellious woman who refused to be constrained by the patriarchal structure imprinted on the society but ends up an outcast, unable to find a place for herself or her daughter.

Antara, akin to her mother, finds herself in an uncannily similar framework spun by society– raising a daughter she never wanted, and hoping for a painless release from the memories of the past– both her mother’s and her own.

Doshi’s work is a sublime example of literature on second-generation trauma on a personal level, as it explores how fears, damages, pain and skeletons in closets have an intergenerational nature, and how they get reshaped while maintaining their horrid nature, owing to the unreliability of memory.

You feel discomfort as you read the novel, and that feeling slightly creeps on till the last chapter, in a narration that leaves you thinking about the book hours after you’ve put it down.

Shortlisted for the 2020 Booker Prize, Girl in White Cotton is definitely worth a read, especially if you’re looking to plunge yourself into the realities of Indian relationships, how they are shaped and what they signify beneath picture-perfect facades. With damaged protagonists and their feelings of scepticism and resentment, Girl in White Cotton is simply not a quintessential mother-daughter tale.

Treasure island is a classic adventure novel written by ­­­­­­­­­­­­­­­­­­­­Robert Louis Stevenson in the year 1881. A turbulent, roaring tale of merciless pirates, treacherous waves and swordfights, the novel begins with the main protagonist young Mr. Jim Hawkins who gets astonished about the buccaneer, the dark spot, the black dog and Captain Flint’s Hidden treasure.  The theatre of the novel shifts effortlessly from the sails and deck and land and war beautifully and most graphically. The turbulence of the high seas, waves and treacherous pirates is depicted in most realistic manner in the novel.  Just think of the strange people kicking you, stabbing you and singing their last song for you

Yo-ho-ho and a bottle of rum”.

The adventure of a young man in the ship and land. Risking his life for everything. Will he succeed and get to the treasure first? This is a race to reach first and his troop is fighting against the masters of this job. Get this, Pirates; they are hungry for more and more and more of it, gold. The last thing you know with them is the terrible pain and a flash of the cool sea, the next moment-nothing.

To sail with the rough seas and high tides, to experience the adventurous life with pirates, this novel is the best. Go and grab one and experience yourself. 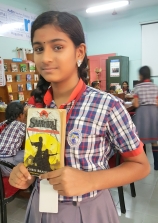 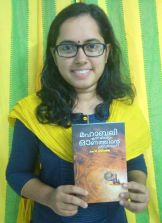 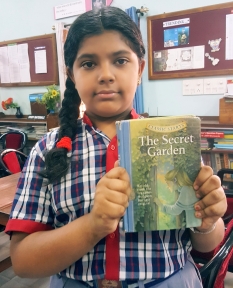 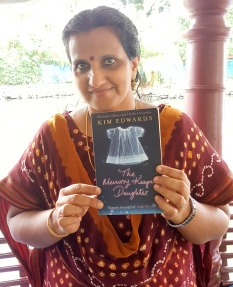 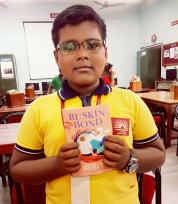 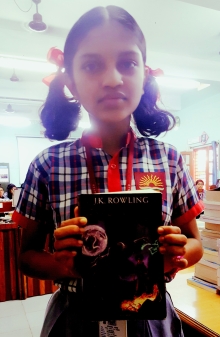 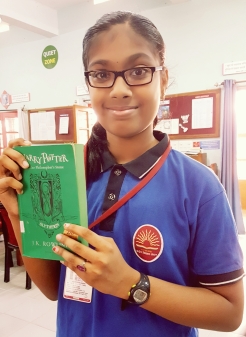 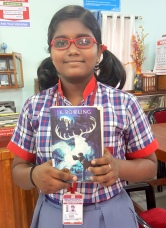 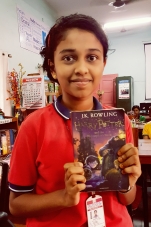 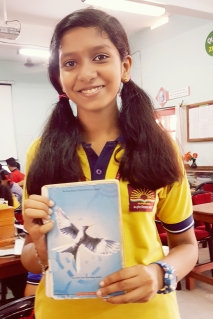 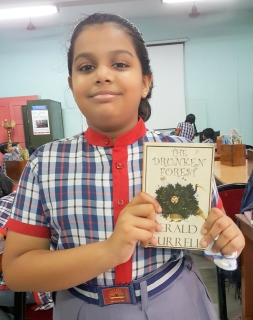 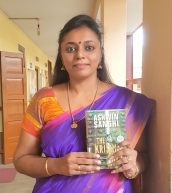 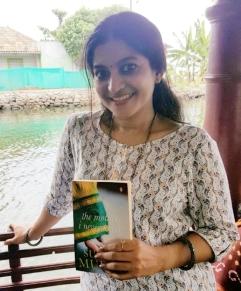 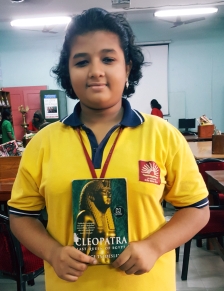 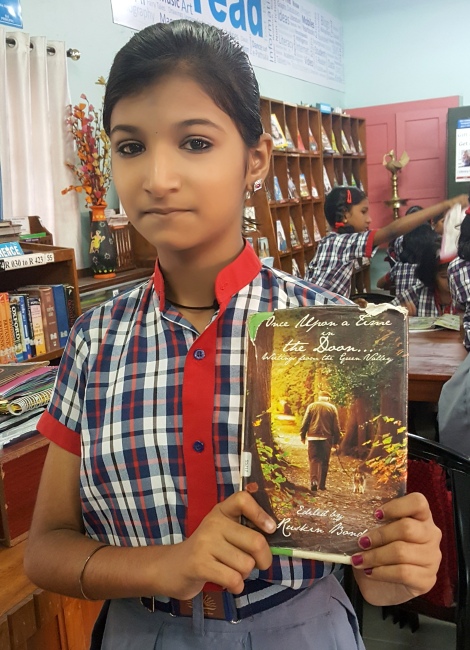 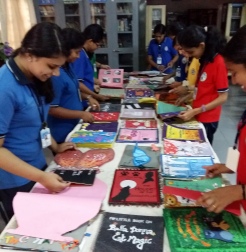 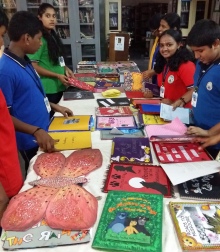 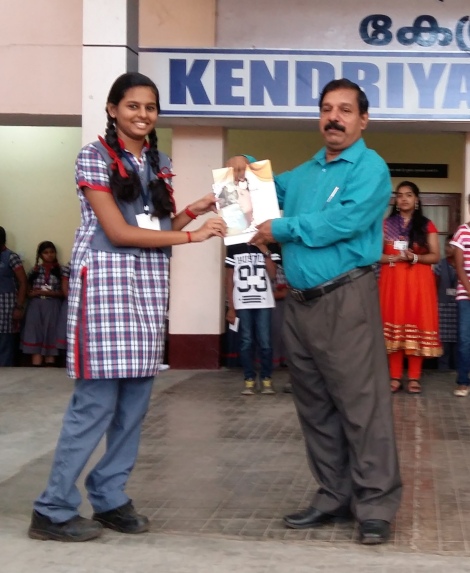 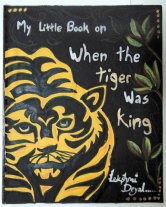 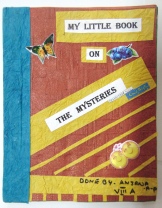 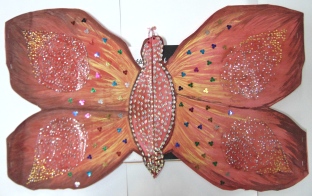 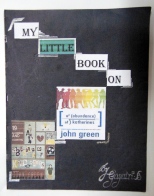 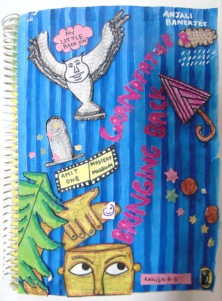 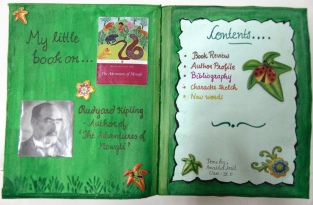 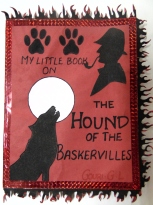 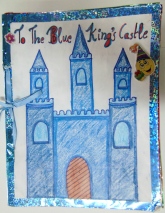 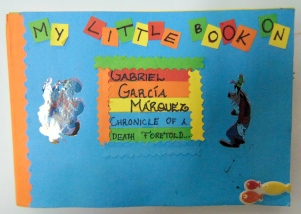